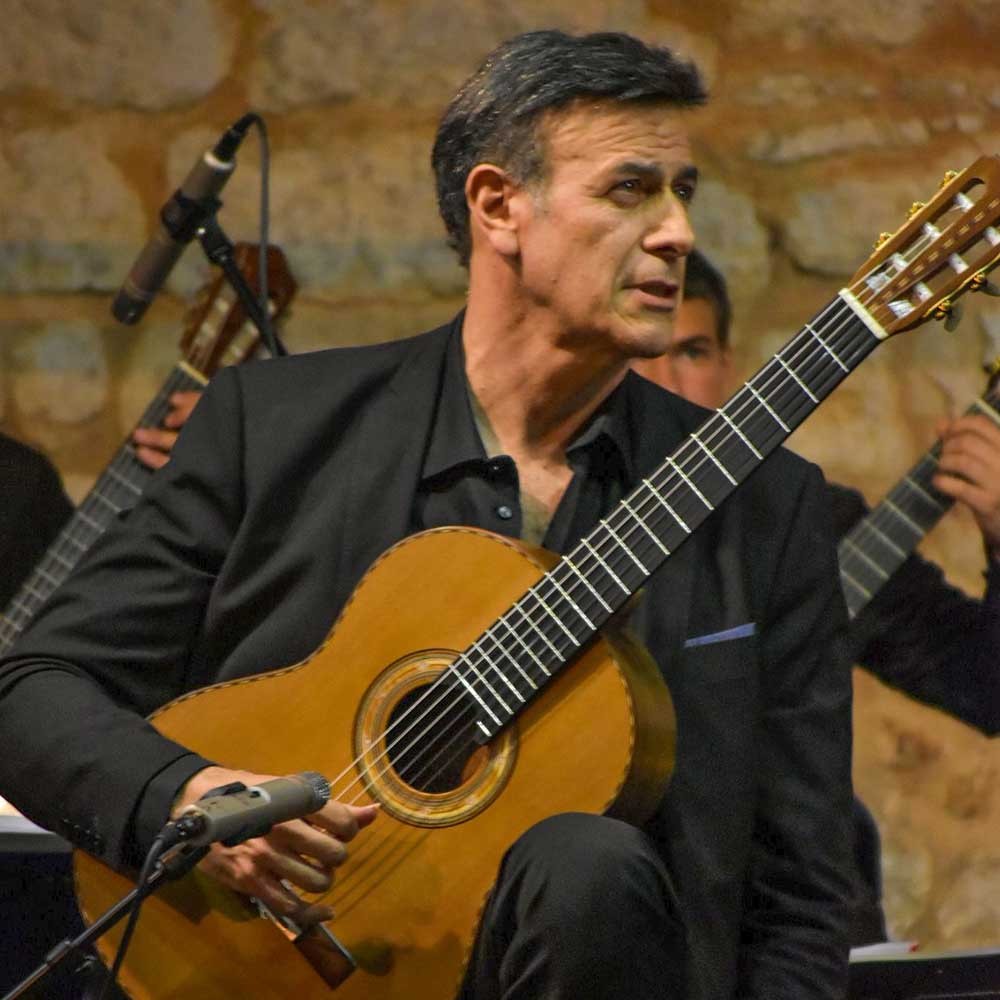 Gorizia Guitar Orchestra, an original ensemble of only guitars, was born in 1990 in the little city of Gorizia in Italy from the enthusiasm and friendship that unites and binds its members, masters of international level, young concert players already on their way to a musical career and excellent students from the Italien Conservatories. Many great composers, attracted by the delicate sonority, by the timbres of this instrument and driven by the desire for innovation and research, have dedicated refined and suggestive pages to this unusual formation of guitars. The Orchestra has been performing for several years an intense concert activity in Italy and abroad (Austria, Czech Republic, Slovenia, Croatia and Montenegro) and has been appreciated as a finalist in numerous competitions, winning in 1991 the first prize in the national competition “Città di Genova”, in 1993 and 1995 the International Voghera Competition. The Orchestra has released four Compact Discs with the titles: Cavatina, Vida Breve, Aranujez and recently “Italian concerts” including the most famous concerts by Vivaldi and Giuliani. Many were the invitations to prestigious festivals such as: Capodistria (Slovenia) - concert for TV Koper, International Festival “Città di Bergamo”, “Histria Festival” Croatia, International Festival Brno (Czech Republic), International Festival “Ivan Balu” Slovakia, “Maggio dei Monumenti” Napoli. On the occasion of the concert held at the International Festival of Bar (Montenegro), the Gorizia Guitar Orchestra was filmed by the state television of Montenegro “Atlas” TV as well as by the international television station “France 24”. The orchestra, which currently includes among its members the best guitarists from all over the Italian Region Friuli Venezia Giulia has been directed since its inception by Maestro Claudio Pio Liviero and avails itself of the collaboration as soloists of the masters Pier Luigi Corona and Maria Francesca Arcidiacono, established international level concert players.