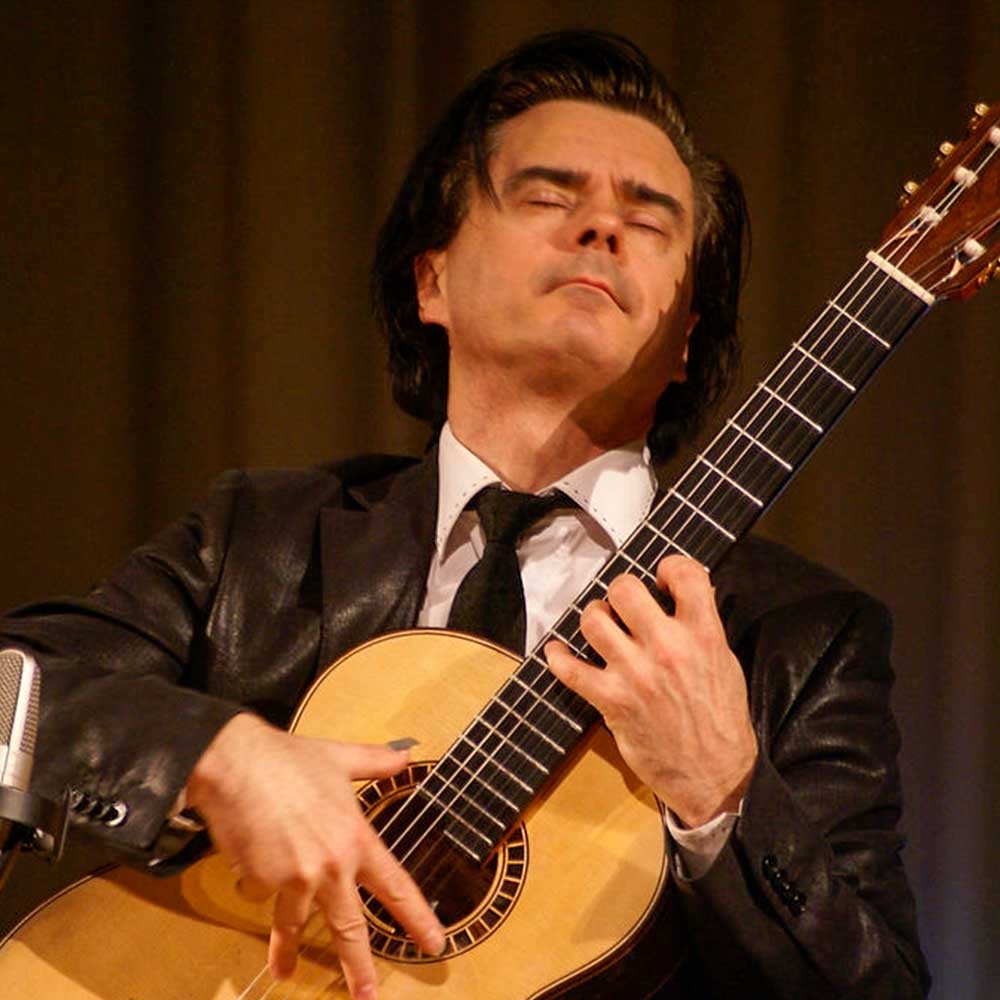 Rémi Boucher was born in 1964 in Rouyn-Noranda (Québec Canada). He studied the classical guitar at the Montreal Conservatory with Jean Vallières and afterwards completed his studies in Spain (with J. Henriquez, J. L. Rodrigo, V. Mikulka, David Russell, M. Barrueco), in Belgium at the Royal Conservatory of Antwerp with (V. van Puijenbroeck) and in Switzerland at the Basel Academy with O. Ghiglia. Those travels would not have been accomplished without the aid of the “Conseil des Arts et des Lettres du Québec” and the Canada Council, which not only offered him many grants, but the Sylva Gelber Award, making Rémi Boucher the first guitarist in 30 years to win this honor! In addition to his many national and international prizes, in less than 18 months, Rémi Boucher has conquered Europe, America and Asia winning at the unanimously the first prize in five of the most important international music competitions. (Alessandria in Italy, Andrès Segovia in Palma de Mallorca in Spain, Havana in Cuba, Mauro Guiliani in Turin, and Fernando Sor in Roma).

With such success, he was invited by many major symphonic orchestras giving him the opportunity to perform up to ten of the greatest guitar concertos and having the privilege to play under the direction of Leo Brouwer, the famous Cuban composer. His love and relationship with other cultures, and his interest in all kinds of instruments, helped him to discover new technical possibilities which allow him to enlarge the capabilities of the instrument. A pioneer in that domain, he collaborates closely with composers to create a repertory that serves these new musical possibilities. To study those techniques Rémi Boucher has also created a series of his own compositions and a new technical method. His most recent success was the result of seven years collaboration with his favorite composer and pianist Canadian Jacques Marchand. Marchand composed for him one of the biggest and most impressive concerto ever composed for classical guitar and symphonic orchestra. The concerto is now published in two versions, one for guitar and symphonic orchestra and the other for solo guitar. Critics in Austria wrote that Rémi Boucher has no technical and musical limits, and Marchand’s concerto was sub-titled “concerto for three hands…”!

His repertory also includes all of the most famous guitar concertos (Rodrigo, Villa-Lobos, Tedesco, Ponce, Torroba, Brouwer, Abril, Guiliani and Vivaldi) and the most interesting works for solo guitar from the Renaissance to Modern music. Rémi Boucher is acclaimed by critics all over the world for his excellent interpretation of impressionist and Spanish music. To commemorate the 50th anniversary of India’s independence, Rémi Boucher was invited by the Canadian Governor General to perform in concert. As a representative of Canadian artists, he was also invited by the President of India for a meeting between both countries. These stupendous and rarely seen successes have definitely set the pace for Rémi s brilliant career.