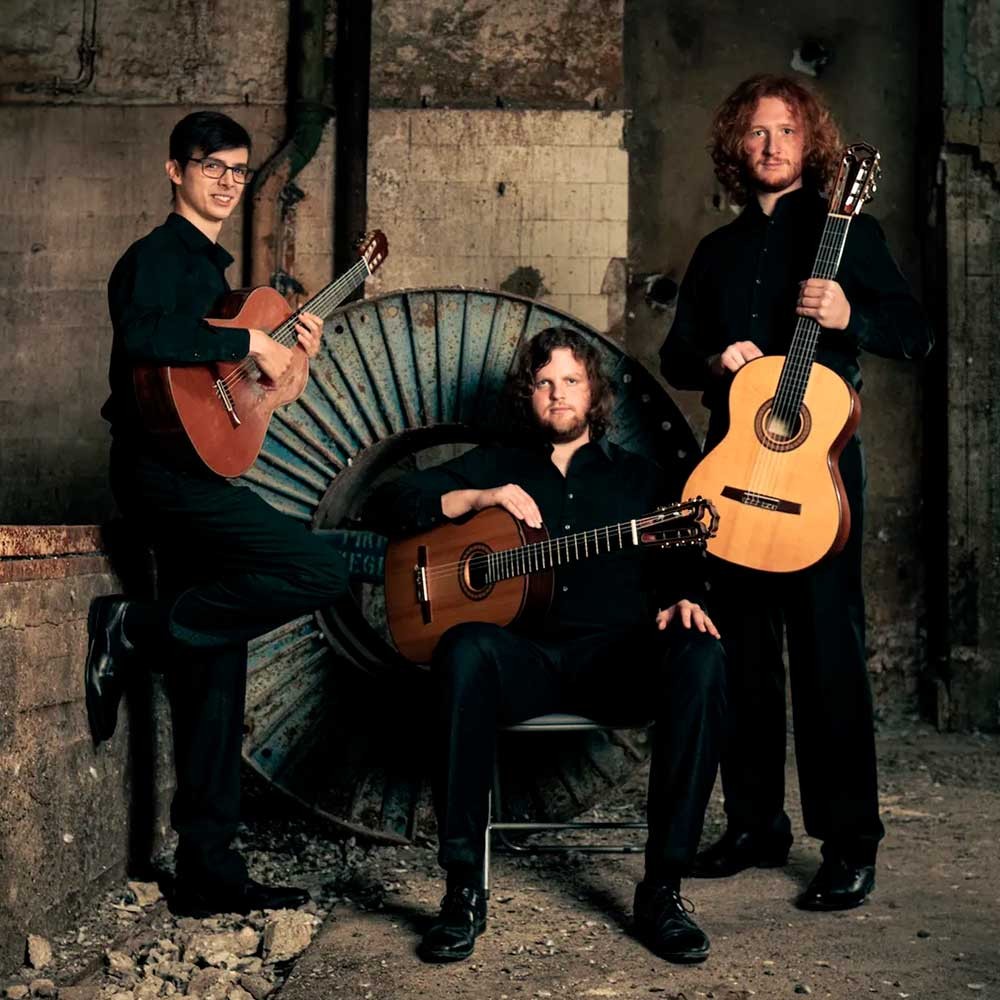 These three very different personalities have found a unique harmony in making music.

Their transcriptions of songs are special with bold, innovative styles. Their concerts are characterised by a friendly, direct atmosphere between the audience and the performers in which their stage banter connects the music and sometimes has a touch of humour.”

Tritonus Guitar Trio is a Hungarian classical guitar ensemble. Their first concert was held in January 2015, in Budapest. The current members of the ensemble are Levente Molnár, Gergely Szurgyi and Bálint Varga. They all came from the class of Ede Roth and worked together as an ensemble with Balázs Arnóth, at the Music University of Győr.

For now Tritonus Guitar Trio has showed up in all areas of Hungary and abroad, and has competed succesfully on national and international competitions. They have won the first prize at the chamber music competitions of Szeged, Győr and Bratislava. They have also got the public award at the International Chamber Music Competition in Braga, Portugal.

In 2018, the trio won the second place at Guitar Foundation of America’s International Ensemble Competition. In 2019, they won the following edition of IEC, GFA, which was held in Miami.

The first CD of the trio released in the end of 2018, it is called “DEBÜT”. The goal of Tritonus Guitar Trio is to play pieces, which can not be heard or are rarely played on three guitars. Their further and most important purpose is to widen the guitar repertoire and to reach more and more people with classical guitar music.